Hundreds of people turned out to welcome the bandstand back to Southend.

After six years in storage, the popular landmark has been given a facelift and now stands in Priory Park, in all its red, white and blue glory.

Despite windy weather blowing their sheet music away, musicians of the Southend Band gave a toe-tapping performance to the crowd.

The bandstand used to be situated at Clifftown Parade, Southend, but had to be dismantled after serious subsidence damaged the cliffs. Since then, it has been stored at Southend Council’s parks nursery, until recently being resited temporarily at Priory Park. The council hopes to eventually return the bandstand to its home on the cliffs, as part of the Saxon King museum redevelopment.

Southend mayor Gwen Horrigan did the honours at the reopening, cutting the ribbon and urging pensioners to “use your bus pass and come down to Priory Park” for the series of free Sunday concerts. Southend Band, led by bandmaster Andrew Rodgers, gave a two-hour concert from 3pm. Some families brought picnic baskets and comfy chairs to enjoy the show. 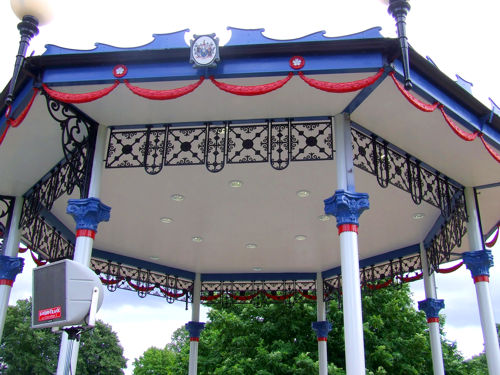 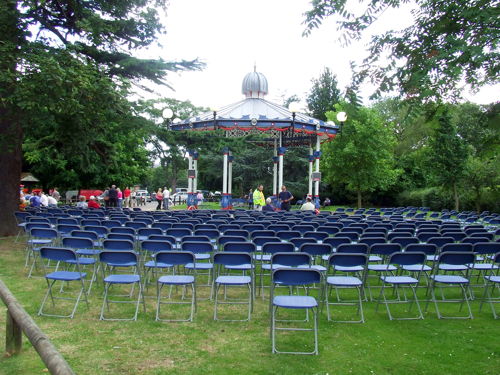 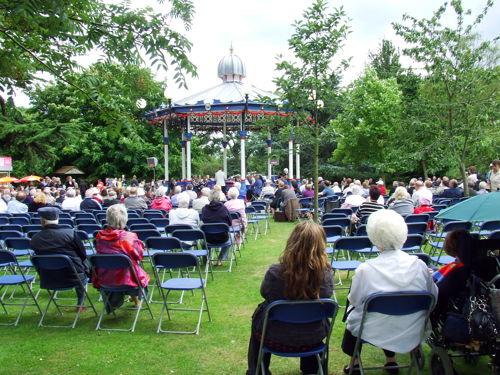 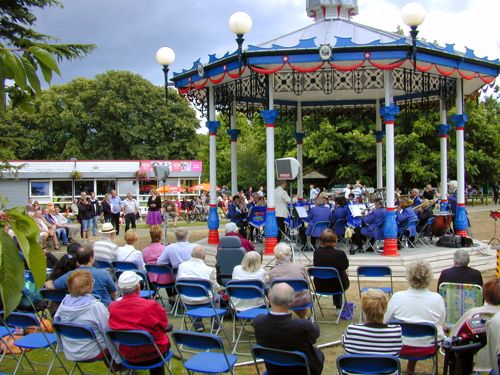 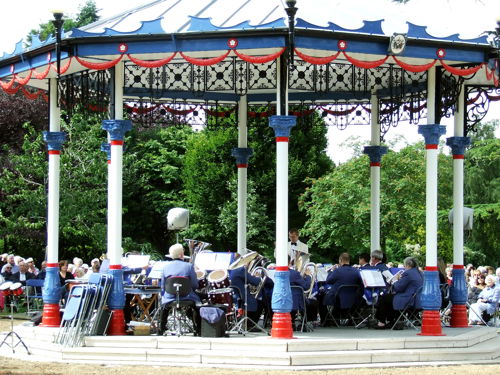 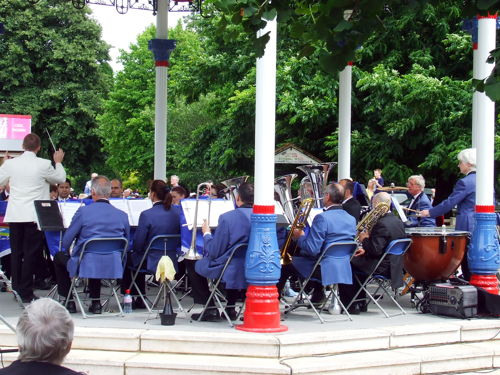 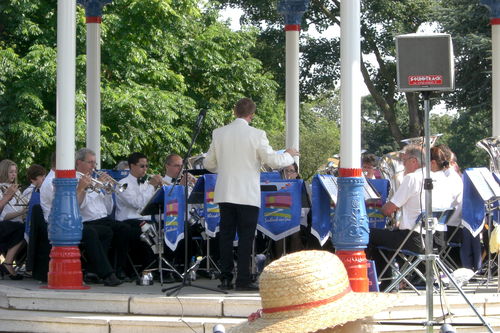