The breathtaking sculpture Wave, a sweeping arch of bright red poppy heads suspended on towering stalks, was originally seen at the Tower of London as part of the installation Blood Swept Lands and Seas of Red.

14-18 NOW is presenting the iconic poppy sculptures Wave and Weeping Window at selected locations around the UK until 2018.

Weeping Window is a cascade comprising several thousand handmade ceramic poppies seen pouring from a high window to the ground below; Wave is a sweeping arch of bright red poppy heads suspended on towering stalks. These two sculptures, by artist Paul Cummins and designer Tom Piper, marking the centenary of the outbreak of war, are now brought to audiences at venues across the country by 14-18 NOW as part of the Poppies tour. As with all 14-18 NOW projects, the presentation of these sculptures to new audiences across the UK aims to prompt a new, nationwide dialogue around the legacy of the First World War.

For the installation in Shoeburyness, Southend-on-Sea - from 12th April to 25th June 2017 - the sculpture was located at The Barge Pier, built in 1908. Southend was the scene of one of the first air-raid attacks on the UK and many of the artillery guns used were designed and tested at Shoeburyness. In common with the rest of the country, many people from Southend fought or acted as nursing staff and many lost their lives.

This extraordinary exhibition enrolled players, drawn from bands in the South East of the county, to perform the Last Post every evening at 7pm for 75 consecutive days.

I'm guessing that negotiations between Southend Borough Council and 14-18 Now to bring Poppy Wave to Southend began well over a year in advance of the actual event - these things take a good deal of organising. But the idea to perform a bugle call at the close of every day was only decided on the day of the launch, Tuesday 11th April 2017.

The volunteer musicians, of whom there were over 30, were drawn from over 15 organisations across Essex – representing bands from as far away as Redbridge, Tilbury, Essex Police Band, Aveley & Newham and – more locally – Southend Band, Next Step Brass, the Salvation Army Bands of Shoebury, Southend, Leigh and Hadleigh Corps, the Wednesday Orchestra, the Deanery Orchestra, Essex Marching Corps, Rayleigh Brass, Jackie Wilson Says and the 6th South Essex Boys' Brigade. The youngest player was 11 and the oldest had just celebrated his 90th birthday.

The buglers performed Last Post every evening at 7pm for 75 consecutive days – whatever the weather. A few got a soaking and some suffered adversely from wind. One actually got sand blasted, the night it blew a gale.

The size of the crowd was, to some extent, weather dependent, but the buglers reported that it always felt worthwhile, whatever the attendance. There were a few delightful surprises: word had spread around local Scout groups and, on a number of occasions out of the blue, a Cub Pack would march up to silently witness the ceremony (sometimes in horrid weather).

Another time, a group of standard bearers bowled up from the Royal Naval & Military Club in East Street, to commemorate the anniversary of the Battle of Jutland. One Friday, the Boys' Brigade Band from Thundersley prefaced their massed bugle call with a mini concert, to a sizeable gathering.

When public life took on a sinister turn – with the Manchester bombing, the London Bridge and Borough Market outrage, and then the Finsbury Park nightmare and the horrendous Grenfell Tower inferno – people came to the Last Post ceremony as it were on a pilgrimage, to symbolise their horror, confusion and sadness.

Without doubt, the Poppy Wave had become more than the sum of the parts – indeed as it was always intended, it became a symbol of suffering humanity.

And, in the words of the poem inspired by Poppy Wave, written by our oldest bugler and performed by him at the Closing Ceremony, the message had been proclaimed, "Both loud and clear – If we would claim our heritage, then live life straight, hold honour dear".

In Gunners' Park, on th'old Barge Pier,
A wave of poppies standing here
In memory of millions who
Gave up their lives for me and you.
And I, tho' old would not have memories grow cold
So when they asked if I would play "Last Post"
What could I say but simply, "Yes."
Our debt's too great to pay
Ten thousand bugle calls no recompense
For all those lives cut off too soon.
But, this I sense: If they could speak from "Over there"
'twould be no sentimental gush
But through the breezy evening hush,
The words would come both loud and clear.
"If you would claim your heritage, then live life straight, hold honour dear!" 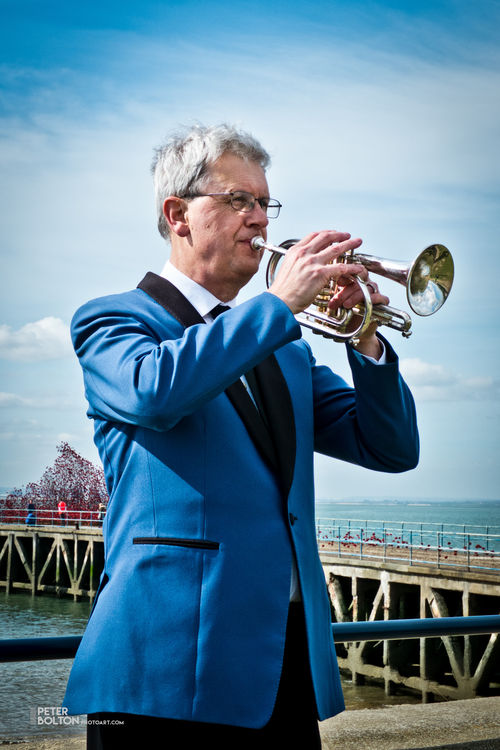 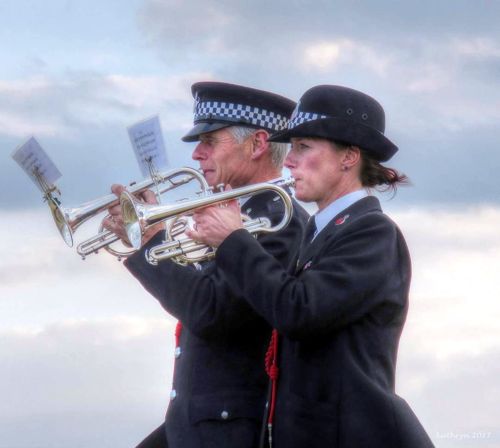 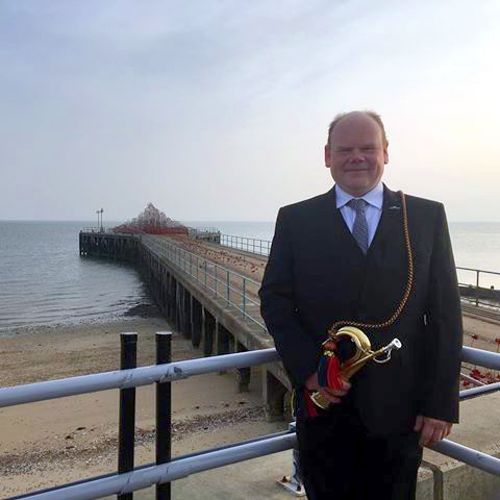 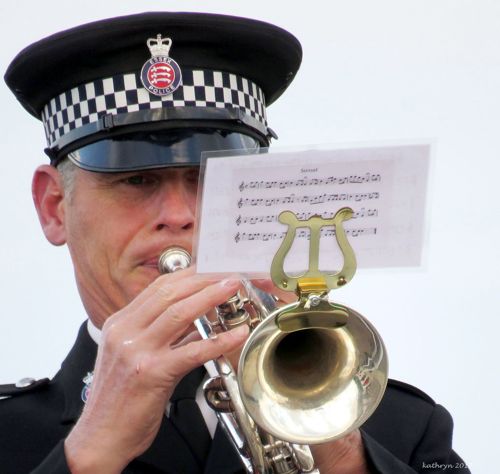 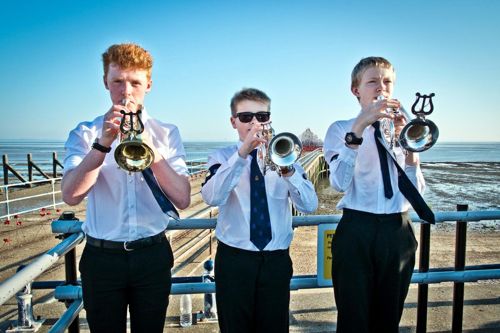 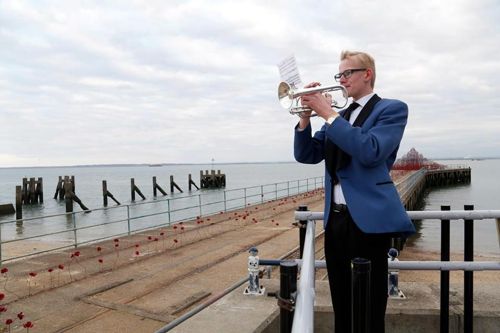 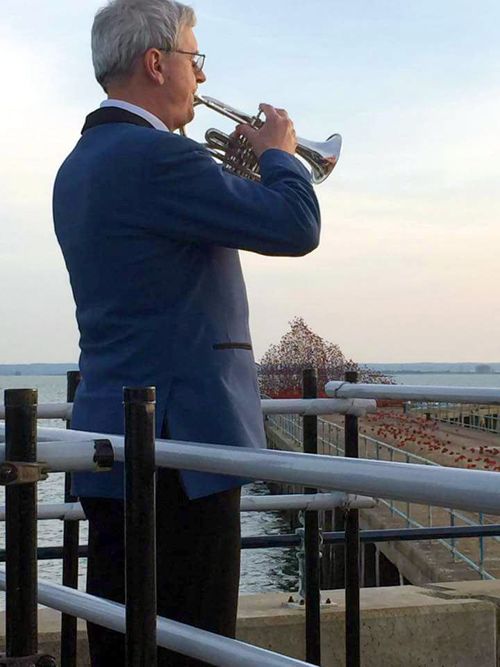 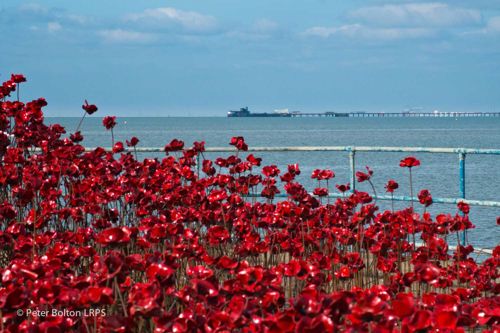 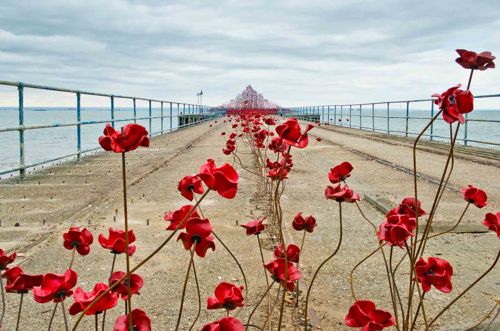 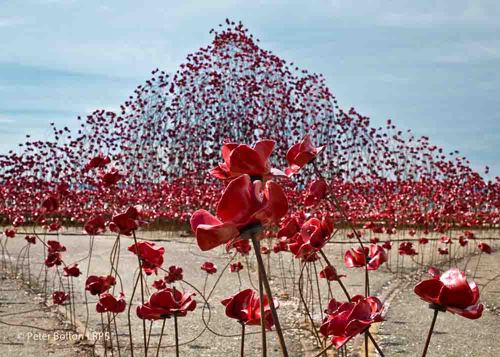 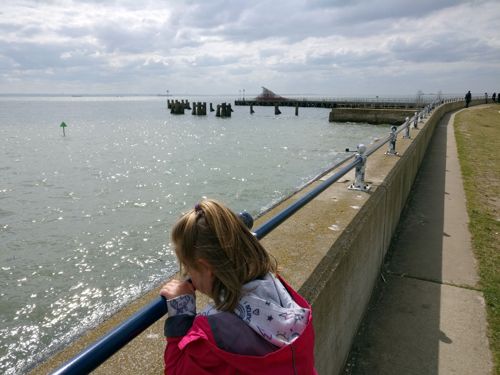 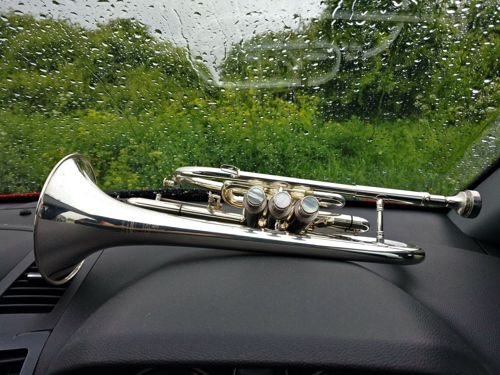 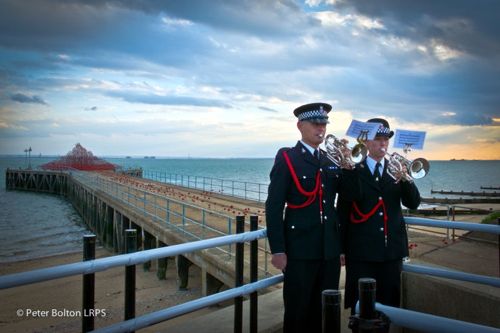 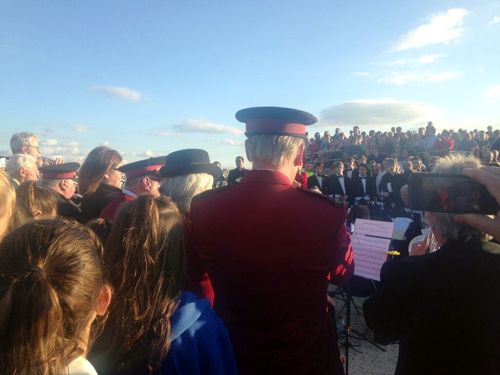 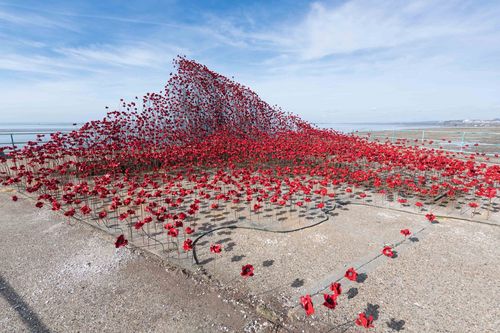 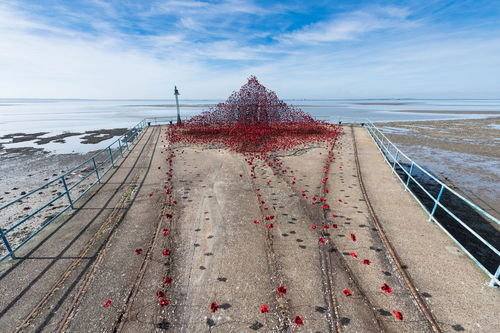 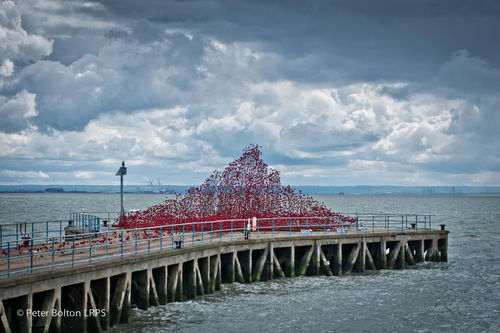 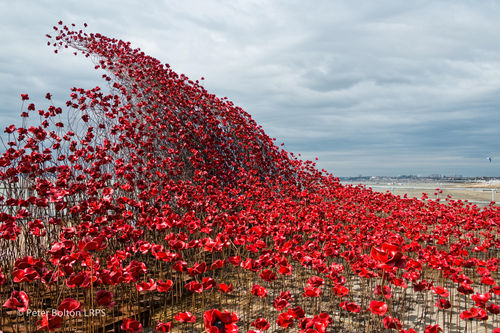 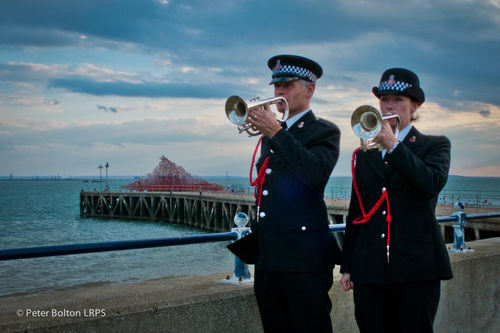 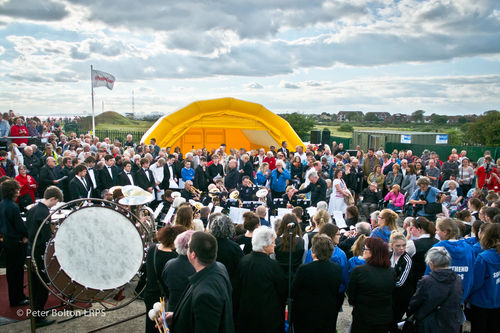 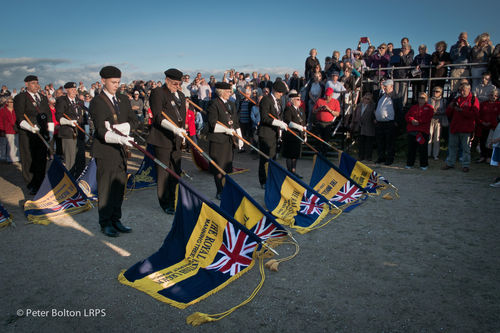 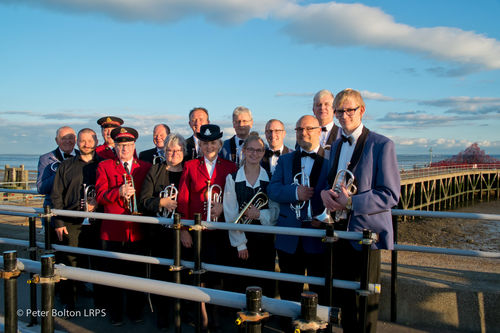 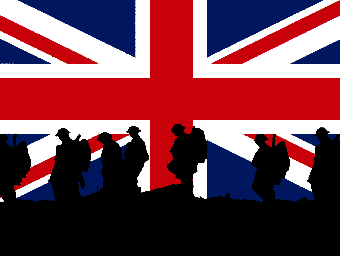 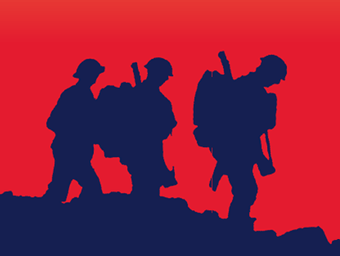 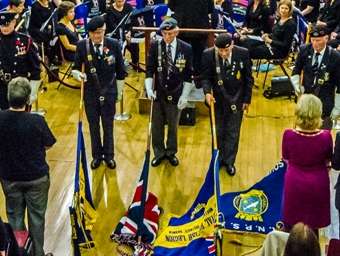